Audacity is one of the best Recorders of voice with multiple tracks. Using Audacity, would you be able to record several vocal tracks? There is no need to feel alone. Specifically, I’m interested in finding out if Audacity allows multiple tracks to be recorded at the same time. We’ll see how to record multiple tracks
Read More 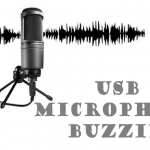 For anyone who owns a laptop, iPad, MacBook, etc., a USB microphone is an essential accessory. There are a variety of recording features available on the USB microphone. Communication and recording are so easy now that we can do both so easily. Buzzing is one of the most annoying issues with USB microphones. When that
Read More

There are many headsets for Xbox One, but the Turtle Beach Stealth 700 is one of the most popular ones. Headsets are important to make the most of your gaming experience. Furthermore, it’s fun and even necessary to talk with your friends in gaming. It is possible, however, that some technical problems, such as a
Read More

In the world of computer gaming headsets, the Onikuma headsets are among the best. The bass is strong and the sound is clear. The sound system is smart, and it has volume control. The volume can be freely adjusted with this system. The headset’s microphone does, however, sometimes cause problems for some users. This shouldn’t
Read More

How do you get your voice heard by other gamers? Are you sure it’s not the game but your Nintendo Switch Fortnite that’s causing the problem? Below are a few tips that will help you resolve this issue. Multiplayer games on the internet are fantastic. Furthermore, the headset’s microphone allows you to communicate over the
Read More 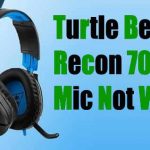 In consideration of your budget and extensive research, you bought turtle beach recon 70 headsets which are among the best on the market. However, you soon discovered that it does not work properly on your computer console once you start using it! It’s so frustrating! Don’t you agree? Let’s see- how to turtle beach recon
Read More
Loading Comments...